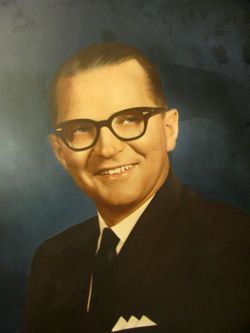 Reuben was an excellent scholar and a born teacher. He went to school in Waldheim until grade three, when his father took a teaching position in Hepburn, Saskatchewan. Reuben committed his life to Christ at the age of 16. Baerg’s preaching ministry began at 18 when Hepburn Mennonite Brethren Church invited him to be a "helper in the Word." Feeling called by God to ministry, he attended Bethany Bible Institute, Hepburn, graduating in 1932. He was ordained at the age of 28 in Hepburn. During the summer, he taught Daily Vacation Bible School and held evangelistic meetings under the Canadian Sunday School Mission.

Reuben graduated from Saskatchewan Teachers College in 1935 and taught in the Hudson Bay School District near Hepburn for three years. He earned a BA from the University of Winnipeg in 1937, a ThB from Northwestern Schools in 1942, a liberal arts degree in psychology and counseling from Tabor College, Hillsboro, Kansas in 1948, and a BDiv in 1948, a ThM in 1950, and a ThD in 1952, all from Northwestern Theological Seminary. He took pastoral counseling at summer school at Berkeley and Pasadena, California. Reuben often spoke of how God miraculously provided for his physical needs during the years of poverty while he was a student.

Baerg taught at Northwestern Evangelical Theological Seminary when Billy Graham was president for two years. He taught at Bethany Bible Institute from 1942 to 1945, at Mennonite Brethren Bible College in Winnipeg for two years and part-time at Tabor College for a year. He was dean and taught New Testament, Theology and Greek at Pacific Bible Institute in Fresno, California for five years from 1948 to 1953 and served as interim president from 1953 to 1955. Baerg was dean and professor at Mennonite Brethren Biblical Seminary in Fresno for nine years, including two years as acting president from 1962 to 1964.

Baerg returned to Canada and pastored Central Mennonite Brethren Church in Saskatoon for six years. He continued his preaching and teaching ministry until early 2000.

Reuben was a positive influence in his community, a gentle effective witness, a lover of people, a loving husband, a wise counselor, a great provider and a generous giver. He quoted 2 Timothy 4:7, 8 the day before he died.

Baerg, Reuben M. "An Examination of Pentecostal Doctrines and Practices in Light of the Scriptures." B. Div. thesis, Northwestern Evangelical Theological Seminary, 1948.

Baerg, Reuben M. "A Study of the Antecedents, Theology and Interpretation of the Prologue to the Gospel of Saint John." Th. D. dissertation, Northwestern Evangelical Theological Seminary, 1952.