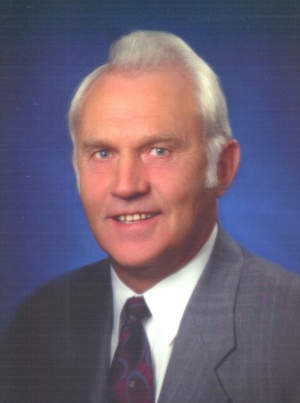 George grew up in the village of Neundorf in the Chortitza Mennonite Settlement. He and his family experienced the upheaval of World War II and retreated with the German army in 1943 to Germany. His father was conscripted by the German army and died in 1945. George along with his mother and siblings immigrated to Paraguay in 1948, where the family found a new home.

George began his career as a railroad contractor, first as a laborer for a railway construction firm, then working his way up to general superintendent. He founded his own company, G. Brown Contracting Ltd. in 1961, which later became Pacific Northern Rail Contractors Corporation in 1975. In 1979 George’s four sons joined him as active partners in the company and it eventually grew to become the largest railway contracting company in Canada. George retired from the railway business in 1987; however he remained active in real estate development of residential, commercial and industrial property.

Although George did not receive a formal education past elementary school because of war, and later did not resume further studies as an adult, he had a remarkable mind. George would often invent equipment or improve on the design of existing equipment as it related to the railway industry. George also possessed the ability and foresight to assess leadership qualities in others and to foster it—a skill essential to the long-term success of any corporation.

George Braun contributed generously to his civic and church community. As one small example, Abbotsford enjoyed the installment of a large nativity scene each Advent season, courtesy of the Braun family, at the family-held shopping plaza located at one of the city’s main intersections. George had a compassionate heart, probably shaped by the ravages of war that he had witnessed as a boy and was especially drawn to the work of Mennonite Central Committee and refugee assistance, knowing, first-hand, what the refugee experience was like.