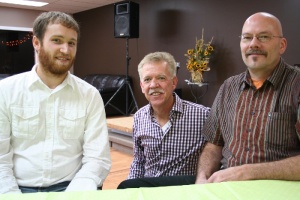 The ConneXion, a member of the Evangelical Mennonite Conference (EMC), began holding services in Arborg, Manitoba, in 2008 in order to identify with the community. Previously, EMC-related congregations had been established in Manitoba’s Interlake region, but none had chosen to meet in Arborg itself.

A supper club began in 2005 or 2006, and one group became three. The first Sunday morning service was in February 2008. By 2010 the congregation met in part of a former arts and craft store at 285 First Avenue in Arborg.

Arborg has roughly equal measures of people with Icelandic, Ukrainian, and Dutch-German Mennonite backgrounds, as well as new immigrants. As of 2010, this proportion of mixture was not reflected in The ConneXion. Most of the members live in or near Arborg.