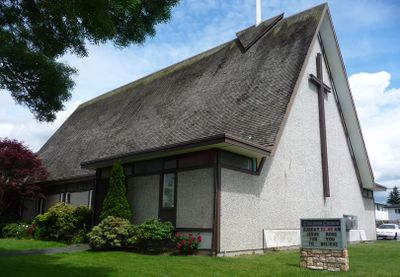 By the late 1960s the Vancouver Mennonite Brethren Church had grown substantially, due in large part to the immigration of Mennonites from South America to Vancouver. The influx of people resulted in the decision to plant a daughter church on Culloden Street in Vancouver. Services began in 1968 and by the time the Culloden Mennonite Brethren Church sanctuary had been finished in 1969, over three-quarters of the Vancouver MB Church had decided to join the new congregation, including the leading minister. The church was formally organized in 1969 with David B. Wiens as minister.

The church has sustained an international flavour. It has held services in English and German, and has offered its sanctuary for use to a Greek and a Vietnamese congregation. English-as-a-second-language courses have also been part of the church’s ministry.