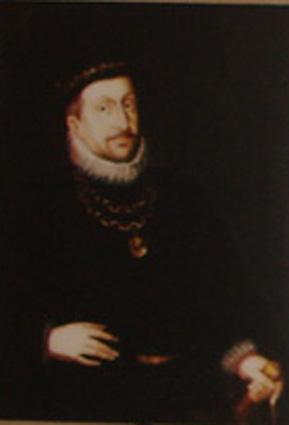 Edzard II was a violent opponent of the Mennonites. On 9 August 1568, he issued orders to the city council of Emden to confiscate the property of Mennonites who had fled as well as of those who remained, and to expel them from the city; half of the proceeds were to go to the city and half to the count. There was apparently no haste in complying. On 14 July the magistrate of Emden had received a warning from the count to watch the Mennonites closely. Edzard promised the Emden clergy prompt help in reply to their petition of 6 January 1577, which complained "that the Anabaptists not only increase daily, and not only occupy the best houses . . . and form associations for big business and carry on trade, but are also so bold as to hold public conventicles of their . . . false doctrine in large numbers, preach, and let themselves be seen." Meanwhile the Emden magistrate was to forbid all preaching, public or private, and prevent their gathering. In February 1578 Edzard wrote to Emden that Menso Airing had reported that about 1,000 Mennonites would soon be coming from the Netherlands to settle in Emden; they should not be permitted to do so. And finally on 13 August 1582, he issued an edict forbidding his subjects to sell or rent houses or lands to a Mennonite. But apparently this sharp mandate was not very carefully obeyed.

Edzard died 1 March 1599 and was succeeded by his eldest son Enno III.