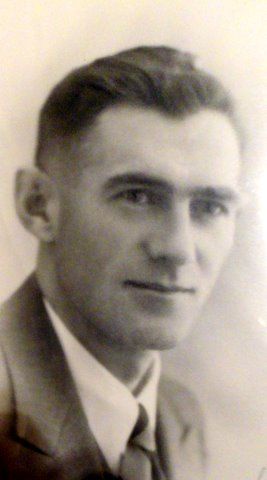 At the age of 12, Gerhard had to flee with his family from the Chechens in March 1918. They took refuge in Nikkolaifeld and then Alexandertal in the Ukraine. In April 1926 he and some of his immediate family sailed on the Empress of France to Canada.

In Lena, Manitoba, Gerhard farmed with relatives, and in 1930 married Anna Janzen. With help from A. B. Langenfeld, a local businessman for whom he had done some farming, Gerhard went to school in Winnipeg and graduated from medical school in 1939. An internship in Fort William, Ontario, was followed by establishing a practice in Rosemary, Alberta in 1940. Two sons, Ernest and Reinhold, were born there. During his time in Rosemary, Gerhard was responsible for the construction of a hospital. In 1943 the family moved to Chilliwack, British Columbia, where he practiced medicine for a number of years.

Enns had a busy general practice, including surgery, obstetrics, and gynecology. Twice a day he visited patients in the hospital, and house calls were part of his daily work. There were many Mennonites in the farming community and as he was the only German-speaking doctor, this resulted in sufficient work from the start. Visits to patients in the surrounding communities of Rosedale, Sardis, Vedder Crossing, Yarrow and Greendale were common. Gerhard and several doctors and dentists, along with John Lock, a pharmacist, built a professional office building in 1949 -- the Chilliwack Medical-Dental Centre. This was just one block from the family home.

Gerhard Enns had rheumatic fever as a child and this caused progressive heart damage over the years. As a result, he had to retire from his medical practice in 1967. Better medical care allowed him to practice a few more years in Calgary. He lived his final years in Kelowna, where he died 16 January 1986, having earned the respect of his patients and colleagues.

Gerhard was a member of First Mennonite Church in Greendale, British Columbia. In his spare time he collected family photographs and biographical information on his extended Enns family.