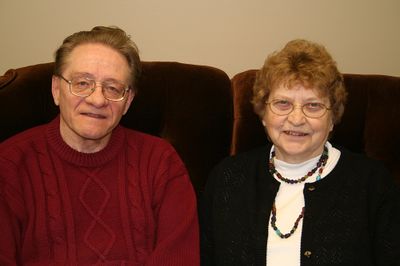 The Evangelical Fellowship Church (EFC) in Steinbach, Manitoba began services on 4 March 1979. Mostly an offshoot of the Steinbach EMC, the EFC reflected a vision that went back to about the 1950s for a second EMC congregation in the Steinbach area. The steering committee elected by Steinbach EMC consisted of Ken Toews, Abe Friesen and Milton Fast.

The first service saw 120 people in attendance. Initial services were held in the chapel of Steinbach Bible College (SBC). The congregation was formally organized on 8 April 1979 with 80 charter members and Glen Koop, an experienced pastor and SBC faculty member, as pastor.

Sod turning for a building took place on 6 September 1980 at Friesen Avenue and Giesbrecht Street in the west end of Steinbach. The first service held in the building, in its basement, was on 21 January 1981. By then the congregation had elected John Dyck, already part of the congregation, as its leader. The building’s dedication service was held on 13 September 1981. Because John Dyck felt called to serve as a missionary, on 19 October 1983 the church chose between two internal candidates Glen Koop and Milton Fast, and the lot fell to Milton Fast to lead.

Gerald D. Reimer, a member serving as the EMC’s conference youth minister, was ordained as a minister in 2005. EFC later began monthly evening Spanish services, not seeking to form a separate Spanish congregation but to assist newcomers toward joining the wider congregation. Irai Rodrigues Filho, a Providence Theological Seminary student who came from Brazil yet was Bolivian at heart, was briefly engaged as a Pastor of Spanish Ministry and was ordained in 2014.

In 2016-2017 EFC completed a building extension that replaced the use of classroom huts. In 2014 it adopted the vision statement: “In 2020, we will be a multicultural congregation, that cares for each other, is actively involved in our community, and meets in a creatively enlarged building.” The usual language of worship was English. German and Spanish were used occasionally.