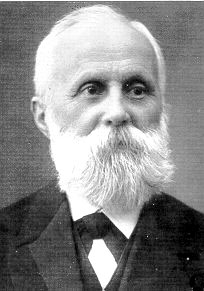 Anabaptists did not develop their own theology of creation during the Reformation, and Mennonites have not given the subject much attention since that time. As a result, theories of biological evolution have rarely been confronted and most Mennonites have assumed that evolution is in conflict with the Bible, especially when evolution teaches that human beings had animal ancestors. German-speaking Mennonites were introduced to evolution by Ernst Haeckel (1834-1919), who boldly attacked the veracity of the Bible. Christian Neff (1863-1946) reacted strongly to Haeckel but affirmed the work of other scientists of his day. He noted Charles Darwin's humility and suggested that the differences between evolution and the Bible might be of minor importance. P. J. Wedel (1871-1951), a science professor at Bethel College, also reacted to Haeckel and attempted a detailed scientific refutation of the theory of evolution in 1923.

The (Old) Mennonite Church (MC) in America became concerned about evolution through contact with the revivalism of the 19th century, and, when this movement was followed by Fundamentalism early in the 20th century, a large party within the church adopted the anti-evolution agenda. J. D. Charles (1878-1923) spoke for them when be condemned evolution as ". . . flatly in opposition to the teachings of the Bible and destructive of all Christian faith: . . ." (Gospel Herald, 9 [1916], 115). Church colleges tolerated no "monkey business" and William Jennings Bryan's writings were welcomed in the Gospel Herald (MC) at the height of his anti-evolution activities. Anti-evolution convictions also played a significant part in the Modernist-Fundamentalist crisis at Goshen College (1918-1923). Similar crises have occurred in educational institutions of many North American Mennonite groups.

Although very little discussion of evolution has taken place in the Mennonite community since the 1920s, there has been a change of attitude among theological leaders. In 1954 John C. Wenger (1910-1995) rejected evolution using both scientific and theological arguments. This was to be the last attempt by a prominent Mennonite scholar to confront the scientific aspect of evolution. John Howard Yoder signaled the beginning of change in 1959 when he praised the usefulness of evolutionary thinking although he did not endorse any particular evolutionary view. Since that time, interpretation of Genesis, though often done, has been almost purely theological, with scant reference to science. This change occurred earlier in Europe than it did in America. Most Mennonite scientists of the 1970s and 1980s have accepted evolution and some have tried to show that it is not a threat to biblical faith.

The creation-science movement, an attempt to defend a literal reading of Genesis on the basis of empirical scientific data, which began in the United States in the 1970s has had a significant impact on most Mennonite groups. At least two groups (Evangelical Mennonite Conference of Canada and the Mennonite Brethren) have responded by publishing papers which affirm the necessity of believing in Adam and Eve as historical persons and which reject interpretations which teach that Genesis is myth or some other non-historical genre. No Mennonite has taken a prominent role in creation-science but Mennonites have been seen as prime targets for recruitment by creationist leaders. A survey of beliefs among Mennonite Brethren conducted in 1972 and repeated in 1982 indicates that about 90 percent believe in the flood of Noah as literally true, only about 50 percent believe that creation occurred in six days. This consensus remained unchanged over the 10-year period, indicating that even among theologically conservative Mennonites, the activities of creation-science have not resulted in a change of belief. Among Mennonites who accept creation literally, there is still a broad pluralism of opinion with respect to the age of the earth, the nature of the creation days, and the meaning of the biblical "kinds." Mennonite scientists (most notably the astronomer Owen Gingerich) have criticized creation-science strongly.

Mennonites in the Soviet Union have quietly resisted teaching of evolution in the schools by home instruction of their children. Upon immigration to the West, they are surprised to find evolution tolerated by Western European and by some American Mennonites and have been attracted strongly to creation-science. In Africa and Indonesia evolution has had no significant impact on the church because the people have not been secularized enough to give any importance to what they see as merely a human explanation of origins. Mennonites in Latin America are suspicious of evolution because they consider it to be either too theologically liberal or too worldly. The latter opinion is also retained by large groups of culturally conservative Mennonites in North America.

Janzen,  Waldemar. Still in the Image. Newton, KS: Faith and Life, 1982, a modern theological interpretation of Genesis similar in approach to the writings of Perry Yoder, Allan Guenther, Marlin Jeschke, Helmut Harder, David Schroeder, and others.

Yoder, John Howard. "The Impact of Evolutionary Thinking on Theology." Paper at read at the Mennonite Graduate Fellowship, Chicago, 1959.