From GAMEO
Revision as of 23:24, 4 April 2020 by SamSteiner (talk | contribs) (wikified tables)
(diff) ← Older revision | Latest revision (diff) | Newer revision → (diff)
Jump to navigation Jump to search
A checked version of this page, approved on 4 April 2020, was based on this revision.

In the late 1950s and throughout the 1960s most Mennonite churches in Winnipeg were struggling with the transition from the German to the English language in their ministries. Divisions on this issue also ran deep in many Mennonite Brethren churches. A primary feature of the Fort Rouge, and later the Fort Garry MB church, was that only English would be the language of discourse. Language was not to be a divisive issue in the church. In the eyes of many this was a radical move, if not indeed touching on theological unfaithfulness, assuming, as some did, that God strongly favored the German language. Hence, in earlier years this congregation was viewed by some as innovative, if not marginal, when compared with the established Mennonite Brethren community.

The rationale for locating the church on Pembina Highway was twofold. First was accessibility. Increasingly people no longer walked but traveled to church by car, and therefore locating it on a main thoroughfare would be an attractive feature, as has been the case. Second, the lot on South Pembina Highway was close to the University of Manitoba. This feature offered students in general and youth from southern Manitoba a convenient place for fellowship and worship.

Since its inception the Fort Garry MB Church has held a special attraction for youth and students. Hence College and Career and youth ministries have always been a high priority. In later years, many of these men and women have served at home and abroad in Mennonite Central Committee, Mennonite Brethren Missions and Service International and other church-related ministries.

Although the congregation was spared the language struggles of earlier years, it did not escape the divisive issues related to worship style, especially the traditional versus contemporary approaches to church music. Over time a generally accepted compromise was found, without serious damage to church harmony and fellowship.

Currently the congregation is well advanced in a consultative process to determine the best approach to expanding its ministries, either through enlargement of present facilities or daughtering one or more churches or a combination of both. The process continues.

On two occasions the congregation celebrated significant anniversaries with banquets and special services: on 26 November 1988 after 25 years of ministry and on 15 and 16 November 2003 following 40 years of God’s faithfulness.

The Fort Garry MB Church participated in the establishment of three other MB churches in Winnipeg. In 1979 several members from western Winnipeg joined the group that founded the Westwood Community MB Church; in 1978 Fort Garry daughtered the St. Vital MB Church and in 2003 the senior and associate pastors left Fort Garry with a sizeable group of members to establish the Faithworks MB Church in the River Heights area of the city. 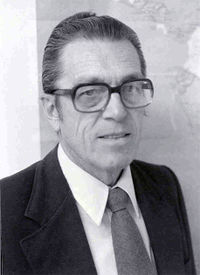