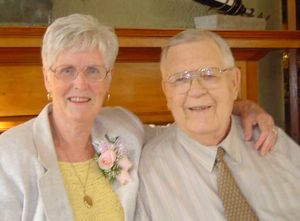 He was a lifetime member of the Vineland United Mennonite Church. He was a young peoples' leader there, and elected to the ministerial team in 1958. He was ordained in Vineland on 20 November 1960. Jake was interim minister at Vineland from 1977 to 1978, and again from 1984 to 1985.

Jake Fransen was on the Education Committee for the United Mennonite Conference of Ontario. He was the vice chair of the Conference of Mennonites in Canada (CMC) from 1978 to 1980, and the moderator from 1981 till 1986. He sat on the General Conference Mennonite Church General Board from 1987 till 1993. Jake was chair of the Canadian Mennonite Publishing Service Board from 1991 to 1992, and a board member for many years. He was a founding member of Conrad Grebel (University) College in 1963. He was a member of the CMBC board. Jake was also parliamentarian for the CMC annual sessions for a number of years.

His life's vocation was in education. Jake began his teaching career in St. Catharines, Ontario, moving into school administration (principal) in the Lincoln County Board of Education, Inspector for the Ontario Department of Education and Area Superintendent of Public Schools. He became Director of Education for the Haldimand County Board of Education for the last 20 years of his career. In 1958 the United Mennonite Conference of Ontario asked him to go to Ottawa to explore the possibility of starting a church. After a summer of research, he recommended to move forward with a church plant in Ottawa.

In 1952 Jake was the speaker, coordinator and program director and founding member of a live weekly radio broadcast Messengers for Christ in St. Catharines, Ontario.

Jake Fransen's deep faith in God was evident in his diligence and dedication to his work as educator, in his service to the Mennonite conferences, and in his lifetime service as minister and mentor to the Mennonite church.