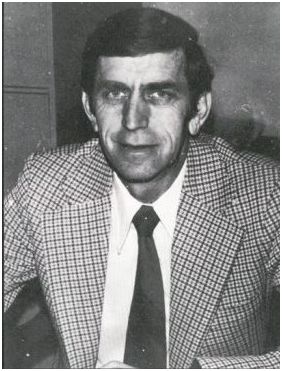 Hugo Friesen was born to recent Russian Mennonite immigrants. When he was three, his family moved to Greendale, British Columbia. Hugo graduated from Sharon Mennonite Collegiate Institute in Yarrow, British Columbia; he was baptized during his graduation year into Greendale Mennonite Brethren Church. From 1950 to 1953, he worked with Mennonite Central Committee (MCC), primarily constructing church buildings for refugees living in camps in Europe. While waiting in the United States to travel to Germany, he met Jean Wismer in Pennsylvania and fell in love with her. He proposed to her in Nuremberg (Nürnberg). Their marriage resulted in a lifelong partnership.

Hugo and Jean moved to Hillsboro, Kansas, where Hugo earned a bachelor’s degree in elementary education in 1955. Hugo then taught at Yarrow’s Sharon Mennonite Collegiate from 1955 to 1963, serving as principal for five years. It was during these years that Hugo’s and Jean’s four children were born. From 1963 to 1966, the Friesen family lived in Hong Kong, where Hugo and Jean worked for MCC; Hugo administered a program distributing food and clothing. Back in Canada, while Jean taught at the Mennonite Educational Institute (MEI) in Clearbrook (now Abbotsford), Hugo achieved a master’s degree in educational administration at Western Washington University. Hugo taught in Maple Ridge, British Columbia, before becoming principal of MEI in 1969, holding that position for ten years. He continued teaching English and History at that school until 1989.

Friesen was deeply committed to his religious and social justice values. He spent time on committees at South Abbotsford (Mennonite Brethren) Church, and worked with MCC at both provincial and national levels. Friesen was involved with church efforts to help refugees settle in Canada. Hugo and Jean were gratified to form friendships with these families.

In autumn 1987 Hugo became involved in an effort to organize a BC Mennonite archives. After another term with MCC from 1989 to 1993, this time working with Ten Thousand Villages in Akron, Pennsylvania, and New Hamburg, Ontario, Hugo and Jean returned to Abbotsford, where Hugo served as archivist at the Mennonite Historical Society of BC for twelve years, from 1993 to 2005. Jean worked alongside him as an avid volunteer. Hugo was much respected for the high standards he set in his work. In 2016, Friesen, along with historian Ted Regehr, received the Award of Excellence from the Mennonite Historical Society of Canada.

Hugo Friesen was firm in his principles and beliefs, but gentle and soft-spoken.