From GAMEO
Revision as of 20:41, 22 March 2014 by RichardThiessen (talk | contribs) (Added categories.)
(diff) ← Older revision | Latest revision (diff) | Newer revision → (diff)
Jump to navigation Jump to search
A checked version of this page, approved on 22 March 2014, was based on this revision. 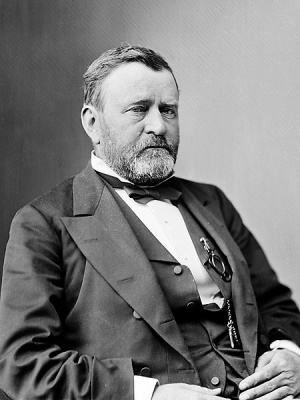 Negotiations of the Russian Mennonites (and Hutterites) with the American government (1873) during President Ulysses S. Grant's second administration centered about two requests in particular: the acquisition of land (interpreted in the U.S. Senate as a million acres in ten or less solid pieces at a moderate cost) and exemption from military duty. The assumption underlying the former request was that the entire group of Russian Mennonites would transplant their several closed colonies to America to perpetuate their own religious life and culture and the use of the German language, but the main cause for the desire to migrate was not economic opportunity but the abrogation of the longstanding exemption privileges in Russia; and it was hoped that they could secure a "written grant" of privileges and immunities signed by the President similar to the one which had been granted "in perpetuity" to their forebears in Prussia by Catherine of Russia. The following steps of negotiation were taken by representatives of the Russian Mennonites:

Thus the Russian Mennonites received no official encouragement from the United States government to immigrate; and Grant's own personal sympathy with the Mennonite requests must not be interpreted without reference to his general lack of sound judgment on many issues of his administration, which competent historians record had become corrupted with graft and fraud.

Harder, Leland. "The Russian Mennonites and American Democracy Under Grant." In From the Steppes to the Prairies, edited by Cornelius Krahn. Newton, Mennonite Historical Series, 1949.