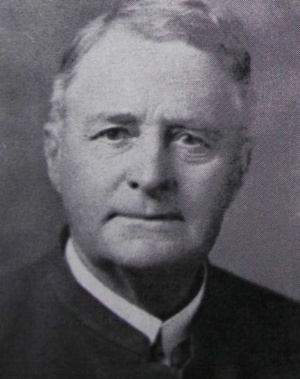 Jacob's father, Joseph, was a farmer and a minister, who had a particular interest in the small mission stations in West Virginia. Jacob attended the public school system in Rockingham County from 1876-1889. In 1890 he attended school at the Peabody Teachers' Normal in Harrisonburg and in 1891/92 and 1894 was a student at the West Central Academy in Mount Clinton, Virginia. . He studied music under J. S. Coffman, Timothy Funk and J. H. Hall. He received a life time teacher's certificate, and taught school in the local community until 1905. On 30 December 1888 he was baptized in a class of 44 applicants by Bishop Samuel Coffman. He was ordained as a minister on 3 January 1902 by Anthony Heatwole. From 1902-1907 he ministered in West Virginia and at the Clinton, Weavers, Bank, and Pike churches.

In March 1907 Jacob and his family moved to La Junta, Colorado to seek a higher, drier climate for Bertha's health. La Junta became their home for the rest of their lives. In the early Colorado years they farmed and Jacob served as a visiting minister to emerging congregations in Las Vegas, New Mexico and  Brandon and Limon, Colorado. During this time, because of his friendly and sociable disposition, he became widely known in the community. He was ordained as a bishop at La Junta on 16 March 1919 by D. H. Bender. Thus he became the first Mennonite Church bishop based in Colorado. He continued to be diligent in looking after the spiritual welfare of scattered members in the territory surrounding the congregations for which he served as bishop.

In October 1912, Jacob Heatwole was elected by the Kansas-Nebraska Conference as a member of the local board of the Mennonite Sanitarium and on 6 November 1912 he was elected vice-president of the board. He served in this capacity until the death of D. S. Weaver, the President of the Hospital and Sanitarium Board. On 9 September 1929 he was elected President of the Board, and served in this capacity until his death. In these 28 years on the board he gave unselfishly of his time and effort. He also served on a committee that saw the dissolution of the Western District Amish Mennonite Conference in 1920 and the inclusion of its congregations in a number of ongoing and newly formed Mennonite Church conferences.

Jacob Heatwole maintained a strong devotional life. It was his habit to read daily from the Authorized American and Spanish versions of the Scripture. In ministry he was patient with the erring members and worked for their restoration. His friendliness and kindness were long remembered. Jacob A. Heatwole is buried in the Fairview Cemetery in La Junta.

Heatwole, Cornelius Jacob, David A. Heatwole, Jacob Hütwohl, John Walter Wayland, and Rudolf Cronau. History of the Heatwole Family from the Beginning of the Seventeenth Century to the Present Time (1907). [New York]: The author, 1907: 124-125. Available in full electronic text at http://www.archive.org/details/historyofheatwol00inheat.