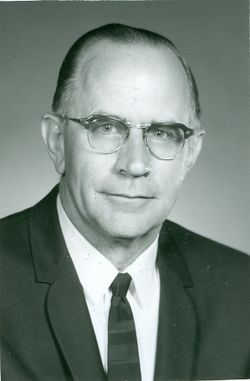 As one of the six Hiebert boys, he worked on his parents’ dairy farm. Upon receiving an honorary doctorate degree from Tabor College, Waldo reflected about his dropping out of school after the 8th grade and working on a farm. "For a year I wandered about on the farm, doing nothing, trying without avail to find direction for my life. I was a mixed-up kid and a school drop out." Waldo received his B.A. from Willamette University in Salem, Oregon, and then a Master of Divinity from Central Baptist Seminary in Kansas City, Kansas. He did graduate work in Southwestern Baptist Seminary in Forth Worth, Texas, and studied at Claremont School of Theology in Claremont, California, as well as Fuller Theological Seminary in Pasadena, California and Golden Gate Baptist Theological Seminary, also in California.

During his time at seminary in Kansas City, Hiebert served the Jansen Mennonite Brethren Church in Jansen, Nebraska (1942-1943). He later became pastor of two of the largest Mennonite Brethren churches: Hillsboro Mennonite Brethren (1949-1958) and Reedley Mennonite Brethren (1966-1972). He also served as pastor at the College Community Church in Clovis, California (1972-1974). His pastoral ministry was marked by expository preaching; his was always a compassionate tone. He was appreciated for his personal connection to people and his human warmth.

Hiebert was an effective mild-mannered teacher. He was invited by Tabor College President Schellenberg to teach Bible and Christian Education at Tabor College in Hillsboro, Kansas (1943-1945; 1947-1949). In 1959 he joined the faculty at the Mennonite Brethren Biblical Seminary, Fresno, CA where he taught for a total of 24 years, 17 of these full-time, retiring in 1987. His courses were on church administration, pastoral care and counseling, and preaching. He took a special interest in spirituality; his students appreciated both the courses in this subject and the retreats, including silent retreats which he organized. He was Dean of Students for much of his Seminary tenure and as such part of the administrative committee.

Hiebert was invited by the Mennonite Central Committee to go to the Paraguayan Chaco, where both he and Rachel taught in the Fernheim Zentralschule in Kolonia Fernheim (1945-1947). He later became the chair of the Mennonite Brethren Board of General Welfare and Public Relations (1957-1966). It was under his leadership that the Board of Missions and the Board of Welfare merged to become the Board of Missions and Services, of which he also served as chair (1966-1975).

Waldo frequently conducted Bible conferences in the North American church constituency. He served on major denominational boards (e.g., moderator, Southern District; for years a member of the General Conference Board of Reference and Counsel). He presented a memorable sermon, "Glory in the Church" at the Mennonite World Conference (WMC) in Kitchener, Ontario (1962). He again brought the Sunday morning message, "One Greater than Menno" at the MWC session in Wichita, Kansas (1978). Waldo was recognized as an elder statesman.

Waldo died in Fresno, California in 2013. He was predeceased by his wife Rachel, a librarian and archivist, on whom he often leaned for counsel. She reported that Waldo wanted to leave the porch light on in the evening, just in case someone from the church might drop by. Waldo was, in the words of his niece, "a pastoring teacher and a teaching pastor."