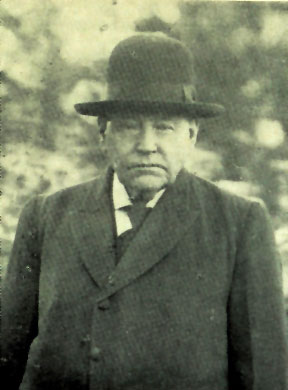 Jacob completed his schooling in Chortitza and began teaching while still in Russia. In 1876 Hoeppner immigrated to Canada with his family. These must have been hard years as their first son died before they left Russia and the second died en route to Canada. After Hoeppner's arrival in Canada he taught school and was elected to the ministry of the Bergthaler Mennonite Church in Hoffnungsfeld.  He was ordained to the ministry in 1887 and on 14 April 1903 he was ordained as assistant elder by Elder Johann Funk. He then served as lead elder between 1910 and 1926.

During his years of service he played an important part in the renewal movement of the late 1800's in Southern Manitoba. He supported and gave leadership in church music, Bible studies and prayer meetings. Hoeppner received considerable criticism over the years largely related to the stand he took in the Gretna school debate. He supported Elder Funk in his progressive views on education.

Elder Jacob Hoeppner died in 1936 at the age of 86.  His funeral, which it is estimated 1500 mourners attended, was conducted in a tent erected on the yard of Winkler Bergthaler Mennonite Church.