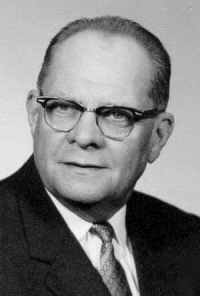 Henry was educated in the Molotschna settlement in Russia. He along with his wife and eldest child immigrated to Canada in 1925 and began his public ministry in 1927.

In Europe, as in North America, Janzen was involved in an itinerant preaching ministry among refugees, Mennonite churches, Baptist churches, Russian-speaking people, and others under Mennonite Central Committee and the Mennonite Brethren mission agency between 1947 and 1974. He was the president of the Africa Mission Society from about 1935 to 1944. He was also involved in a radio preaching ministry in Europe and North America both in the German and Russian languages, 1959-74.

Janzen was a man who was able to have influence in many differing groups. He was an articulate Bible expositor who could make himself understood widely. He had an aura about him that could appeal equally to the individual and a large audience. Therefore, he was a leader for many groups and causes.

Books and pamphlets by H. H. Janzen include:

The minutes, correspondence of the General Conference of Mennonite Brethren Churches (containing Africa Mission Society material) Box 18 A255.1-13 to A256 (material to 1937) and Box 19 A256.1 (material from NAT 1938), are held in the Centre for Mennonite Brethren Studies, Winnipeg.