From GAMEO
Revision as of 05:54, 11 April 2018 by RichardThiessen (talk | contribs) (Created article.)
(diff) ← Older revision | Latest revision (diff) | Newer revision → (diff)
Jump to navigation Jump to search
A checked version of this page, approved on 11 April 2018, was based on this revision. 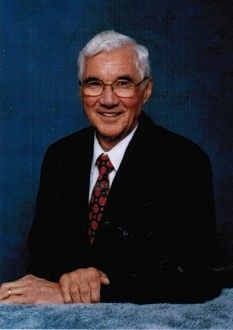 In 1927 the Kehler family moved to Gull Lake, Saskatchewan. Eighteen years later, in 1945, the Kehlers relocated to Upper Sumas, British Columbia, and soon after that, to Yarrow, where they attended the Yarrow United Mennonite Church. In the same year Peter was baptized by Rev. J. B. Wiens, becoming a member of this congregation. His baptismal motto was drawn from Matthew 6:33 – an admonition to "seek first the Kingdom of God" became his life-long motivation.

Having had limited opportunities to attend public school, Peter completed his high school equivalency through the then available Surepass program. On completion of his high school training in 1949, Peter enrolled in Canadian Mennonite Bible College in Winnipeg, completing a three-year Bachelor of Religious Education degree in 1952.

Peter then returned to British Columbia to prepare for a teaching career, completing the one-year teacher-training program at Vancouver Normal School. For two years he taught in British Columbia schools, first in White Rock and then in Abbotsford. His desire for more training led Peter to enroll at Bethel College in Newton Kansas, completing a Bachelor of Arts degree in 1954. In 1956 Peter accepted a call to pastor the Vancouver Mennonite Mission Church. It was here that Peter was ordained as a minister of the Gospel.

During his pastoral work in Vancouver, Peter and and his wife Lydia, whom he married in 1952, were invited to serve under the Commission on Overseas Ministry (COM) as missionaries in Taiwan. Preparation for mission service required a year of training at the Associated Mennonite Biblical Seminary (AMBS) in Elkhart, Indiana. From 1959 to 1975 Peter and Lydia ministered in Taiwan. It was also during these years that Peter completed his Bachelor of Divinity degree at AMBS. In 1977 Peter and Lydia moved to Newton, Kansas, where Peter was invited to become the Secretary Administrator for COM for ministries in Asia. The tragic death of Peter’s wife Lydia in 1978 had a profound effect on the family.

In 1980 Peter married Susan "Sue" Martens, a family friend whom he had met in Taiwan. For the next five years Peter continued his work with COM, while Sue taught in the Bethel College Nursing Department. In 1985 Peter and Sue returned to British Columbia, where Peter became Conference Minister for Mennonite Church British Columbia, a position he held until 1991.

Peter’s life was dedicated to serving the church. In retirement, he ministered in Zaporozhe, Ukraine, participating in the official founding of the Zaporozhe Mennonite Church. For 18 months he pastored the White Rock Mennonite Church, a Taiwanese congregation. On a volunteer basis, he became an advisor and counselor to pastors in his denomination. In 1991 Peter and his wife Susan returned to Taiwan one more time, where Peter assisted in closing the COM work in Taiwan. During this time Susan completed her research for her book, Journey of Many Steps: A History of the Mennonite Christian Hospital Nursing School.

Peter was always a meticulous organizer as reflected in his planning, his thought-through decisions and his daily habits. He was a loyal follower of Christ and will be remembered as a devoted member of the General Conference Mennonite Church. He had a mind with an uncanny curiosity, sometimes causing him to ask uncomfortable questions. Always he encouraged the church to be faithful in mission work.