From GAMEO
Revision as of 19:19, 5 December 2017 by RichardThiessen (talk | contribs)
(diff) ← Older revision | Latest revision (diff) | Newer revision → (diff)
Jump to navigation Jump to search
A checked version of this page, approved on 5 December 2017, was based on this revision. 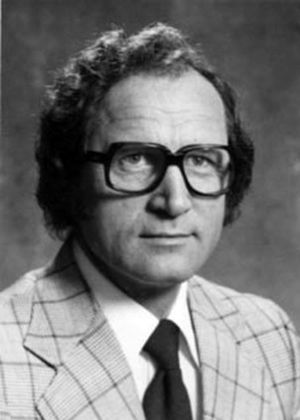 Harry was raised by his mother after his father and grandfather fell victim to Stalin’s terror in the late 1930s. On the fateful night in September 1937 when his father was arrested by the NKVD, he said to Harry, "We might not see each other again. You are the oldest. Be good to your mother and help her as much as you can." His father’s arrest was a defining moment that ended Harry’s childhood innocence.

During World War II he experienced the Nazi invasion of Ukraine and the retreat into Poland and then Germany. In 1948 he came to Canada with his mother, grandmother, and siblings where, in spite of an interrupted education and little knowledge of English, he attended Coaldale Bible School and gained degrees from Mennonite Brethren Bible College (BRE, 1955), the University of Western Ontario (BA, 1959), the University of Manitoba (MA, 1961) and the University of Waterloo (PhD, 1970).

Loewen's MA on Luther and the radicals involved a study of early Anabaptism while his doctorate concerned Goethe’s response to Protestantism, combining his love of German literature with an interest in theology. He thus established his credentials as a historian with expertise in literary studies and religion, skills he would continue to hone during his long career.

Loewen taught first at Mennonite Brethren Collegiate Institute and Mennonite Brethren Bible College in Winnipeg, Manitoba, and then in the Department of German at Wilfrid Laurier University (WLU) in Waterloo, Ontario from 1968 to 1978. At WLU he spent 10 happy years, becoming chair of the department.

Harry cultivated a deep spirituality, some of which was expressed in his poetry, a collection that was sadly lost in a devastating fire which engulfed their retirement home in 2003. More publically, Harry was a dedicated churchman. In 1955 Harry and Gertrude accepted a pastoral assignment in Winnipegosis that was both challenging and rewarding. In his own reflections, Harry notes how these two years remained highlights in his long life of public service. To the end of his life, Harry remained active in the congregation of which he and Gertrude were members.

In 1978 Loewen was invited to take up the newly created Chair of Mennonite Studies at the University of Winnipeg. Loewen quickly established himself as a leading scholar in Winnipeg, building an innovative teaching program in Mennonite studies and reaching out beyond the university to the diverse, and often divided, local Mennonite communities.

The success of Mennonite studies in Winnipeg owes a great deal to his energy and leadership. Annual symposia brought scholars together to discuss a wide range of topics from history to literature, greatly expanding Mennonite studies from a narrow focus on religious matters. The results were first published in volumes of collected essays and then annually in the Journal of Mennonite Studies, which he edited from 1983 to his retirement in 1995. Upon retirement he was made professor emeritus of history and Mennonite studies.

Retirement in 1995 did not diminish Harry’s productivity. He continued to research and write prolifically and candidly, deeply aware that "the sacred and the profane" are not so easily separated. During his retirement years, Harry was also in demand as a lecturer in many settings, including several keynote addresses for the Mennonite Historical Society of B.C.

Harry Loewen received many tributes, including the Mennonite Historical Society of Canada’s Award of Excellence. But he did not rest on his laurels; in retirement he continued to produce important books on a wide range of themes, including a major study of the great trek from the Soviet Union that he had experienced first hand, popular essays on Mennonite history, and collections of scholarly papers. His final book, Ink Against the Devil: Luther and his Opponents, appeared in 2015.

Loewen’s interests ranged widely; he was an occasional poet and loved nothing more than to engage in discussion and debate while remaining the most gentlemanly of scholars. His wife, Gertrude, was an important companion and supporter of his work.

Books by and about Harry Loewen

Loewen, Harry, ed. Why I am a Mennonite : essays on Mennonite identity. Kitchener, Ont. : Herald Press 1988. A German translation was issued in 1996.