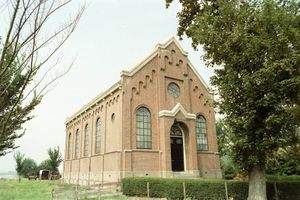 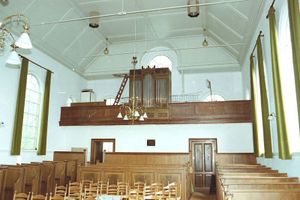 Middelie, a village in the Dutch province of North Holland, south of Hoorn, the center of Anabaptist activity from the earliest times (Walraven Herberts of Middelie was executed at Utrecht in 1535) and soon the seat of a Mennonite congregation, of which, however, little is known. Leenaert Bouwens baptized 25 persons here in 1563-1565. Soon afterward the congregation joined the Frisian branch, and in the 17th century the Frisian conference of North Holland. At an early time the congregation of neighboring Axwijk had united with Middelie.

The congregation contributed in 1733 and 1736 to the needs of the Prussian Mennonites.

The congregation seems to have had a hymnal of its own (see Middelier Lied-Boeck), replaced in 1854 by the Groote Bundel, which was in turn replaced in 1946 by the Doopsgezinde Bundel.

Until 1892 it was served by untrained preachers, among whom in the 18th century were some members of the Hartog family. The last untrained preachers were Hendrik Bakker, serving 1809-1838, and H. W. van der Ploeg, serving 1839-1892, who was examined and appointed preacher candidate by the Conference of Friesland (Friesche Doopsgezinde Sociëteit). He was followed by A. van der Goot, serving 1892-1930. After the departure of van der Goot the pulpit became vacant, but in 1936 an agreement was made with the congregation of Den Up to have its pastor also serve at Middelie. This lasted until 1953, when the Middelie-Axwijk congregation united with Edam-Monnikendam. The old meetinghouse was remodeled in 1860 and 1907; it acquired an organ in 1865.