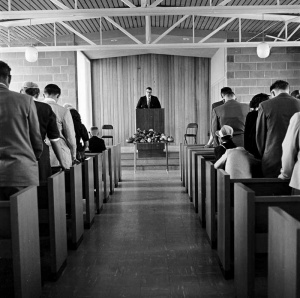 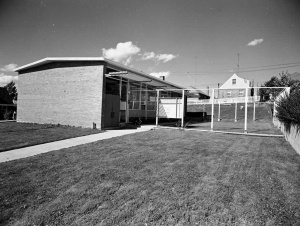 The Mennonite Mission Board of Ontario in 1948 purchased a church building lot at 64 Tiago Street in the Morningside area of Toronto, Ontario that was rapidly developing in the post-World War II era. Initially there was was minimal programming in the Morningside community, though some children were bused to the Danforth Mennonite Church for Sunday school. In 1951 a Summer Bible School program was held in Morningside, and the basement for a church was finally built. Sunday school and regular preaching began at that time.

Since the main level was not completed in a timely manner, a reconstructed church building was erected in 1957. A church program continued until 1973 when the congregation closed and merged with Danforth Mennonite Church. Attendance at Morningside was never large--in the late 1950s there were an average of 60 participants in Sunday school. In 1959 the membership was 13, by 1970 the membership was 27.

Morningside was affiliated with the Mennonite Conference of Ontario throughout its history.