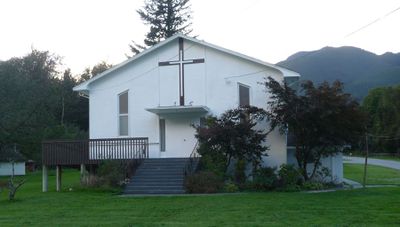 A decrease in membership during the 1970s and 1980s found the congregation in an increasingly difficult position of survival.  A five-year program of visiting speakers eventually ended in 1983 when Helmut Schmidt became pastor.  Over time membership in the congregation dropped from 28 members to 5 in 1994. In 1999 the Board of Extension of the British Columbia Conference of Mennonite Brethren Churches encouraged a restructuring and in early 2000 after a several interim pastors, Dan and Gladys Wolfe were called to serve, increasing membership to 7. In that year the congregation changed its name to North Fraser Community Church. Randy Heinrichs served from November 2002 to December 2003. Dan Wolfe remained in the church and stepped back into leadership in January-April 2004, when he fell ill with cancer. Larry Priebe provided leadership during the summer until Randy Heinrichs returned in fall 2004. Alec Niemi came and continued the restructuring in 2005.