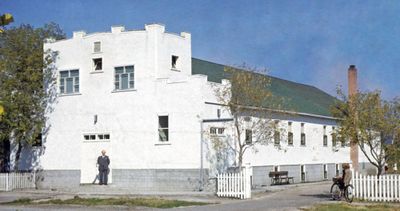 The early pioneers were members of the North End Mennonite Brethren Church but because the distances were too great a Sunday School program and soon a worship service were begun in 1928 in private homes. The first meeting house was built in 1929 and served both the Mennonite Brethren (MB) and the General Conference (GC) Mennonites. In 1935 the GCs built their own meeting house. The languages of worship are German and English; the transition from German occurred in the 1970s.