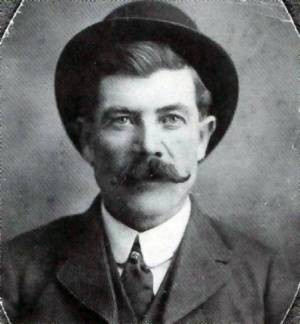 Isaac B. Plett: entrepreneur and inventor; born on 27 May 1867 in the village of Kleefeld, Molotschna Colony, South Russia. He was the only surviving child of four born to Isaac L. Plett (1844-1871) and Maria R Brandt (1843-1927). Isaac was only 4 years old when his father died of typhus. Three years later in 1874 Isaac immigrated to Canada with his mother where they settled in Steinbach, Manitoba. In 1886 Isaac married Elizabeth Dueck (1867-1932) daughter of Kleine Gemeinde Ältester Abraham L. Dueck of Gruenfeld, Manitoba. Together they had seven children, of which only two  survived to adulthood. Isaac B. Plett died on 20 August 1933.

Although Isaac grew up in the isolated, religiously conservative community of the Kleine Gemeinde Mennonites in Steinbach, he had an adventurous spirit. Very much a man of his time, he visited the Chicago World Fair in 1892, took part in the Yukon Gold Rush and lived away from home for long periods of time working—even after his marriage. Isaac was intelligent, creative and described by some as a "mechanical genius." Such abilities drew him into various business ventures. Shortly after marrying he purchased a creamery in Kleefeld, Manitoba and opened a machinery sales business in Steinbach. He ran a saw mill, a threshing operation and a well drilling business. He also became well known for his inventions which included a self feed threshing machine and a machine which made hammer and axe handles. In 1917 he even began to build a helicopter on his yard. Although Isaac came into conflict with the church at various times and "enjoyed drinking and socializing with likeminded friends" which was considered unacceptable behavior in Steinbach, he was a colorful character who made a valuable and unique contribution to his community.