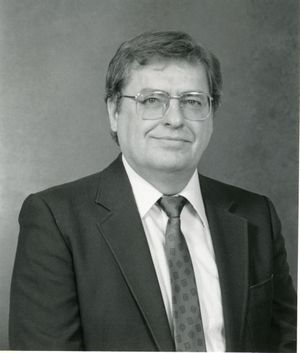 Al Reimer grew up in the home of a schoolteacher, and minister in the Kleine Gemeinde church (Evangelical Mennonite Conference) based in Steinbach. His father was intellectually curious and widely read, with a deep appreciation of Mennonite history. P. J. B. Reimer played a leading role in founding Steinbach Bible College, creating the Mennonite Heritage Village in Steinbach, and establishing Eden Mental Health Centre in Winnipeg. Al inherited his father’s love of books, but rebelled against the restraints of the conservative southern Manitoba Mennonite community. Despite his religious feelings, Reimer was drawn to the Low German author and editor, Arnold Dyck, who lived in his community.

Leaving his Mennonite roots behind, Al Reimer initially took training as an opera singer in Vancouver. He returned to Winnipeg and earned a BA at United College, and later MA and PhD (1968) degrees in English at Yale University. His PhD dissertation was titled “The Early Works of Edward Young: Some Versions of the Sublime.” He began teaching at United College (University of Winnipeg) in 1960, where he remained until his retirement in 1990.

In August 1971 Al Reimer took a trip to the Soviet Union with his father, brother and 40 or so other Canadian Mennonites. The trip was a conversion experience for him, in which he had an “aching sense of coming home after long absence.” In the third of his articles on this trip in the Mennonite Mirror, he wrote, “It wasn't until I met the scattered fugitives from those [Mennonite] settlements in distant Alma-Ata that I came to understand fully that Mennonite history and the Mennonite identity are preserved within a living people and not within the cultural artifacts they have created.”

Within several years it came to him that recovery of his ethnic history was not enough, that it was necessary to become a fully committed Christian Mennonite. Al Reimer became part of First Mennonite Church in Winnipeg, and often sang in the choir.

Al Reimer became deeply engaged in the revival of Mennonite culture and literary arts in southern Manitoba. He wrote in the Mennonite Mirror from its first issue in 1971, and served as the magazine’s editor from 1978 to 1987. He wrote regularly for, and was an Associate Editor of, the Journal of Mennonite Studies. Reimer translated and edited a number of German and Low German texts, and edited several collections of Mennonite literature and criticism.

Perhaps his crowning achievement was his 1985 historical novel, My Harp is turned to mourning, a novel set in Russia during the tumultuous 1905-1924 period in the Mennonite colonies.

Beyond the Mennonite world, Al Reimer was a founding board member of the Manitoba Opera Association, and was a regular movie reviewer on the Canadian Broadcasting Corporation’s program, “The Passing Show.”

In his essay in Why I am a Mennonite, Al Reimer wrote, “For me being a Mennonite means first and foremost expressing my humanity—much of what I think and feel—in what I regard as Mennonite ‘forms,’ that is, my church, my Mennonite community with its receding ethnic content, and whatever Mennonite art and culture I can help to define, affirm, and render meaningful to others.”

Harder, Johannes. No strangers in exile : a novel, freely translated from the German, edited and expanded by Al Reimer. Winnipeg : Hyperion Press : for the Mennonite Literary Society and the University of Winnipeg, 1979.

Neufeld, Dietrich, A Russian dance of death : revolution and civil war in the Ukraine, translated and edited by Al Reimer. Winnipeg : Hyperion Press : For the Mennonite Literary Society and the University of Manitoba, 1977. Six printings from 1977 to 1988.