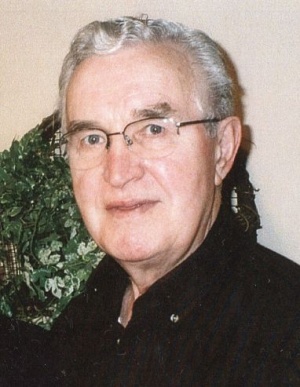 Henry Jacob "Dids" Rempel: teacher, administrator; born 28 November 1929 in Didsbury, Alberta to Henry J. and Katherina (Peters) Rempel. Henry was the youngest child in a family of 2 daughters and 3 sons (the eldest son was born and died in the Ukraine). Henry married Evelyn Baergen, daughter of John G. and Agnes Baergen, on 12 August 1956 at the Tofield Mennonite Church. Henry and Evelyn had four children: Mark, Gwendolyn, Frederick, and Karen. Henry died on 1 October 2003 in Chilliwack, British Columbia (BC).

Henry’s parents were among the Mennonite families who purchased 320-acre plots of farm land from Senator Patrick Burns’ Ranch (50 km northwest of Calgary) after emigrating from Lakovlenva, Ukraine, 1926. Henry’s family were active members of the Burns Ranch Mennonite Church, Henry’s mother being his only Sunday school teacher in his growing up years. Upon the closure of their rural church, they joined Bergthal Mennonite Church, where Henry was baptized on 5 June 1949.

Upon graduating from Rosthern Junior College, Henry attended the University of Alberta. During this time he also attended the Edmonton Mennonite Church. This church was founded with help from the Tofield Mennonite Church sending ministers for the Sunday morning services, held in a rented hall. John Unrau (University of Alberta, Department of Agriculture) with his wife Mary, provided leadership for Mennonite university students and youth.

Henry group-taught school in central Alberta from 1950 to 1960. Through Henry’s involvement in the Alberta Mennonite Youth Organization, he met Evelyn Baergen from Tofield, also a teacher, at summer children’s camp on the campus of Menno Bible Institute. They were married in 1956 after Evelyn spent a year studying at Canadian Mennonite Bible College in Winnipeg, Manitoba.

Drawn to the mission-minded evangelical congregation of the East Chilliwack Mennonite Church (later Eden Mennonite Church), Henry and his family followed his parents who retired to Chilliwack, BC. Alongside a successful 35-year career as a secondary school teacher and administrator, Henry contributed to congregational life at Eden Mennonite Church as church council chairman, Christian Service Brigade Boys’ club leader, Sunday school teacher, small group Bible Study leader, and along with Evelyn, served as a deacon (1981 to 2003).

Henry was committed to youth and camp ministries and was involved in the beginning stages of acquiring land for the Alberta Mennonite Youth Organization to establish Camp Valaqua. The British Columbia Mennonite Youth Organization requested Henry’s assistance in searching for land that was purchased for the establishment of Camp Squeah. He served on the Camp Squeah Board after he retired from teaching. In his retirement Henry also became involved in the Mennonite Historical Society of British Columbia.

Throughout Henry’s life, the local church was his touchstone for spiritual growth and encouragement, and his avenue for Christian service. Pastor Werner Froese spoke these words about Henry: "Henry was one whose faith in God and in Jesus was central. He believed God had a purpose for his life. … As Henry sought to follow the principles of faith in his spiritual life, so he sought to live his faith in Jesus within the family, in church, and in public life."