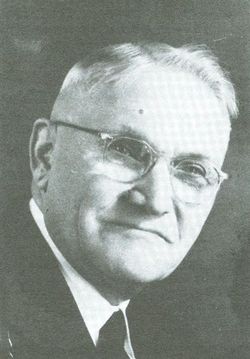 For the three and a half years following his birth, Henry lived in South Russia with his family. In 1886, the family immigrated to Kleefeld, Manitoba, Canada, where Henry’s father became the teacher in the village school where Henry later studied. At the age of 19, Henry was converted and joined the church, and in 1902, he married Maria Hiebert, daughter of David and Margaretha Hiebert of Morris, Manitoba. Henry and Maria first lived in Watrous, Saskatchewan, but they soon moved to Gretna, Manitoba, where Henry completed his education before working as a teacher for the next ten years. In 1912, he was ordained in the local Evangelical Mennonite Brethren church and began to assist missionaries C. N. Hiebert and his wife with their work. Maria died in 1930, and two years later, Henry married Anna Neufeld in Winnipeg, Manitoba.

Together with his new wife, Rempel continued to serve in mission work, first in Winnipeg for six years and then with the Saskatoon City Mission in Saskatchewan. Henry also served as an itinerant preacher (Reiseprediger), visiting churches in various parts of Canada. He was active in the Saskatchewan Conference of Mennonite Brethren Churches, in city missions, and in leading his congregation during the 34 years he and his wife lived in Saskatoon. During this time, Henry began a ministry of visiting the sick in hospital, a practice he continued after he retired in 1969 and moved to Steinbach, Manitoba. He also continued to preach at various locations, including the Resthaven seniors' home in Steinbach, where he gave a series of messages in 1973. In 1974, soon after the Donwood Manor seniors' home opened up in Winnipeg, Henry and Anna moved there. Even after suffering a slight stroke which affected his ability to walk, Henry continued to visit people and to write letters to help strengthen and cheer others. His health worsened and he died on 6 July 1979 at age 97 in Winnipeg. The funeral was held on 10 July at the North Kildonan Mennonite Brethren Church.

Henry S. Rempel was a dedicated teacher and minister who contributed greatly to the work of city missions, the Mennonite Brethren Conference, and his local church. Through his commitment to acting out his faith, he was an example for his family and the people around him to follow.