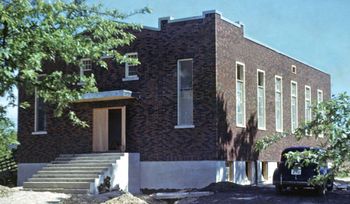 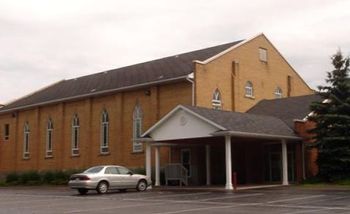 Mennonites arrived in Ontario in the 1920s from the Soviet Union. Originally they were hosted by Mennonites already residing in the province and settled in the Waterloo County area. Eventually they spread out from there, mostly to the west and south-east. In the Niagara peninsula area they formed the Niagara and Vineland congregations in the 1930s. Some of these families moved to St. Catharines and formed the St. Catharines Mennonite Brethren Church with 66 charter members on 6 November 1943. Gerhard J. Epp is considered the founding leader of the group.

The congregation had only German worship until 1970 and then had an English and German worship service until the 1980s. In 1980 the membership stood at 493. This was necessitated mainly by the large influx of members from South America. Later both the Fairview-Louth and Gateway congregations were founded in the St. Catharines area.

The congregation voted to move to a single unified service of worship in English on 29 September 2011.

St. Catharines Mennonite Brethren Church, located at St. Catharines, Lincoln County, Ontario, a member of the Canadian Conference and General Conference of the M.B. Church, was organized 6 November 1943, under the leadership of Gerhard J. Epp. The congregation met in a rented hall in the city until 1949, when a church was built. Gerhard J. Epp was the minister and H. Janzen the leader of this congregation. In 1958 the membership was 498, with Henry P. Penner as leader and minister, and A. H. Redekop as assistant leader and minister; other assistant ministers were D. Duerksen, Abram J. Block, and Peter J. Dick. -- Vol. 4, p. 401, H. H. Janzen