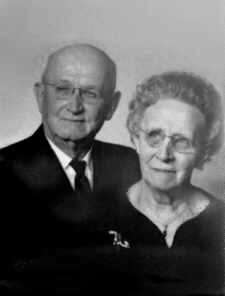 Jacob taught in the villages of Tiegenhagen and Fischau in the Molotschna Mennonite Settlement. During the emigration of 1923-25 he assisted three transports of Mennonite emigrants to leave for Canada. In October 1926, he and his family also left for Canada. In July 1930 he became a mission worker in Saskatoon, Saskatchewan. This led to the establishment of the Girls' Home in 1931, with the Thiessens as houseparents (1931-56), and to the organization of First Mennonite Church. J. J. Thiessen was ordained as minister (1932) and as bishop (elder, 1938) and served that congregation until his retirement in 1964.

Interest in and concern for refugees ran like a red cord through his life activities. He was secretary (1927-1946) and chairperson (1946-1960) of the Canadian Mennonite Board of Colonization (which became the Canadian Mennonite Relief and Immigration Council in 1959; Thiessen was also chairperson of this council until it joined with other Mennonite organizations to form Mennonite Central Committee Canada in 1963). When that organization merged with several other Mennonite agencies to form Mennonite Central Committee Canada he became a member of that board. From 1947 to 1964 he served on the executive committee of MCC (Akron, Pennsylvania), and in 1948 he visited refugee camps in Europe, seeking to open doors to bring displaced persons to Canada. In 1950 he traveled to South America to visit Mennonite communities there, encouraging, strengthening, preaching, and counseling wherever he went.

He was deeply involved in the work of the Conference of Mennonites in Canada, attending its sessions from 1927, and participating in various committees until 1943 when he was elected moderator of the conference, a position he held until 1959. In 1941 he was appointed to a committee to study the need for a theological training institute in Canada; he served as the chairperson of the committee and helped establish Canadian Mennonite Bible College in Winnipeg in 1947. He was the chairperson of the college's board of directors until 1966. Thiessen was also a member of the General Conference Mennonite Church (GCM) Board of Foreign Missions from 1947 until 1958, and of the editorial board for Der Bote from 1955 until 1977 (17 years as chairperson). In 1955 he received an honorary Doctorate of Divinity degree from Bethany Biblical Seminary, with which Mennonite Biblical Seminary (GCM) was associated.

Records indicate that he ordained 21 missionaries, 22 ministers, and 12 elders, officiated at 356 weddings and 290 funerals, and baptized more than 600 people. A man with a love for people, J. J. Thiessen helped to weld the General Conference Mennonite congregations in Canada into a strong, unified body, and laid a solid foundation of training for pastoral and lay leaders in Canadian churches.

Warkentin, A. and Melvin Gingerich, eds. Who's Who Among the Mennonites. North Newton, KS: Bethel College, 1943: 241.