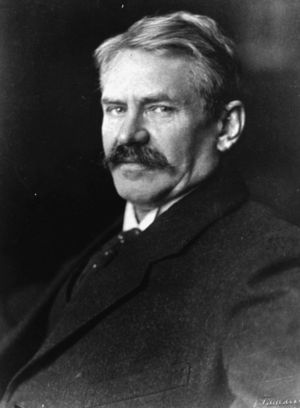 Ernst Troeltsch (1865-1923), professor of church history and sociology of religion, first at the University of Heidelberg, later at the University of Berlin, one of the seminal minds of Germany at the turn of the century. His Social Teachings of the Christian Churches (German 1912, English 1930) has become a classic in the area of interpretative church history. Although not too familiar with the history of Anabaptism, Troeltsch was able to describe and evaluate this movement fairly, in fact profoundly. This treatment is particularly surprising in view of the traditional picture of "Old Lutheranism" then still prevalent which identified Anabaptism with Schwärmertum (enthusiasm). The latter term does not appear at all in Troeltsch's writings, which approach the various phenomena exclusively from the point of view of a history of ideas.

Troeltsch dealt with Anabaptism in three of his works: (a) Protestantisches Christentum und Kirche in der Neuzeit in Hinnebergs Kultur der Gegenwart (Leipzig, 1909) 504-16; (b) Die Bedeutung des Protestantismus für die Entstehung der modernen Welt (1911; English edition, Protestantism and Progress, 1912; new edition in a Beacon Paperback #61, 1958); and (c) Soziallehren der christlichen Kirchen und Gruppen (Tübingen, 1912) 797-815 (English edition, Social Teachings of the Christian Churches, N.Y., 1930). In the first-named work Troeltsch used as his source material the writings of C. A. Cornelius, William Bax, Adolf Hegler, A. Hulshof, and Karl Müller's Church History. In the Social Teachings Troeltsch widened his reading by consulting two of the best sources available: Gottfried Arnold's Kirchen- und Ketzerhistorie (1699) and Sebastian Franck's Geschichtsbibel of 1531 (see Chronica). It is mainly from Arnold that he received his basic impression and evaluation—very much in contradistinction to his contemporary Karl Holl, another noted Lutheran church historian of his time and also professor at the University of Berlin, who opposed and criticized Troeltsch, although he actually never studied the history of the evangelical Anabaptists.

Troeltsch facilitated his own evaluation by his well-known classification of church-historical phenomena into Kirche (i.e., ecclesiastical or institutional churches, usually state or territorial churches, also Volkskirchen or national churches) and Sekte (nonconformist free or gathered churches).

Troeltsch recognized in Anabaptism certain traits of the medieval Waldensian movement without, however, claiming direct dependency. The Anabaptists represent to him the best example of a Protestant sect. They find their foundation exclusively in the New Testament, emphasizing the ethical aspect of this book; they oppose the idea of a folk or national church with its uncommitted masses, and they require personal and voluntary decision for Christ. Anabaptism is (according to Troeltsch) a marginal branch of the great Reformation movement of the 16th century, closely connected with this movement's tendencies toward purification of Christendom on the ground of the Scriptures, and showing all the moral earnestness of that great spiritual upheaval. When sectarianism had died out in Catholicism (end of the Middle Ages), it started anew in Protestantism, with all its ethical radicalism and readiness to accept martyrdom. The principle of the Absolute Natural Law, to be obeyed (English ed., p. 696), is then the guiding principle which made Anabaptists stand out over against ecclesiastical Lutheranism and individualistic Spiritualism. As to the radically violent groups (Münsterites, for instance) Troeltsch prefers to use the term "Taboritism," reminiscent of the Hussite Wars in Bohemia. (F. H. Littell uses for this type the term "Maccabeanism.") In no way does Troeltsch lump together these manifold movements of the 16th century; he is most careful to differentiate them intellectually.

In the work Protestantism and Progress Anabaptism again receives a very friendly treatment; this time, however, this term means not so much the evangelical Anabaptists of the 16th century as English "Independency," today called Congregationalism, interpenetrated with Baptist elements, which group Troeltsch says "arose from the remnants of the earlier English Anabaptists" (see England). "It was now, at last," Troeltsch says in an often repeated statement, "the turn of the stepchildren of the Reformation to have their great hour in the history of the world" (Beacon ed., 124), meaning that in America (New England), where these Nonconformists found their great opportunity of practical demonstration, they carried out three basic Christian principles, namely (1) separation of church and state, (2) voluntarism in the formation of church-bodies, and (3) the inviolability of the inner personal life by the state (liberty of conscience). Even though the reference at this place is mainly to New England Puritanism, the picture itself is certainly even more true for continental Anabaptism.