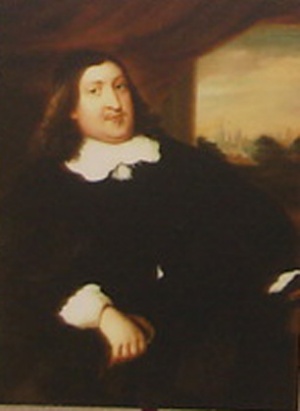 Ulrich was a weak ruler of vacillating character. This trait was evident in his treatment of the Mennonites. He did not renew the letter of protection given by his brother, but continued to collect the protection fee. On 30 August 1631, he issued a new regulation that released the Mennonites from the oath, permitting in its stead the Mennisten Eid, the formula of which included a statement that untruthfulness would carry the same penalty as perjury.

Quite suddenly the count issued an edict on 10 March 1641, which on the basis of complaints raised against the Mennonites (though they were not specifically mentioned), forbade their holding private meetings in which unauthorized persons preached. The edict was enforced. On 1 February 1644, a religious meeting of the Mennonites in Oldeborg was broken up and Johann Siewerds, the preacher, was imprisoned. It was obviously a matter of extorting money from the Mennonites in order to mend Ulrich's financial status, for a note signed by the count on 23 August 1644, shows that the Mennonites gave him 6,000 Reichstaler in exchange for a certain degree of security. This event marked a change in the count's attitude.

Ulrich showed personal favor to Uco Walles, granting him and his party a letter of protection made out by him personally on 26 November 1645. About two years later the other Mennonites also received the assurance that the count would henceforth treat them with favor, in return for their making a four-year prepayment of their protection fee of 880 talers, whereas the Ukowallists paid 120 talers.