Difference between revisions of "User:RichardThiessen" 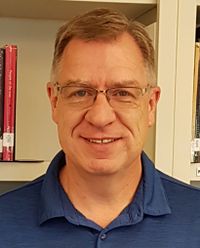 My name is Richard Thiessen and I am an Editor with GAMEO. I served as the Managing Editor of GAMEO, the Global Anabaptist Mennonite Encyclopedia Online, from 2012 until 2017, and Assistant Managing Editor from 2006 until 2012. I am employed as the Executive Director of the Mennonite Heritage Museum. The Museum opened in January 2016 in Abbotsford, British Columbia.

I was the Library Director at Columbia Bible College in Abbotsford, BC from 2000 to 2014 and was previously Librarian at Mennonite Brethren Bible College / Concord College from 1990 to 2000. I attend Level Ground Mennonite Church.