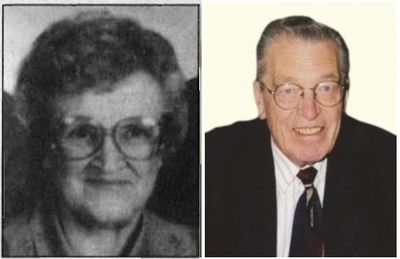 As retirees, the Walls ministered in Germany and John was also on the MBM/S board for several years before becoming the MBM/S Interim Director of Programs, a position he held from July 1994 until June 1995. When his wife Frieda was killed in a car accident in Steinbach, Manitoba, on 21 April 1995, John felt the tremendous loss of his partner who had been supportive throughout their marriage and mutual ministry. John Wall’s final years were lived in the Vineland area where his life’s calling first began, continuing to be available to serve. Even on the day of his disabling stroke in 2007, he was preparing a sermon.

The memorial gravestone for John and Frieda Wall declares “There is joy in serving Jesus.” Many people could affirm this statement as a most appropriate summary of their life.