From GAMEO
Revision as of 01:26, 11 March 2019 by AlfRedekopp (talk | contribs) (→‎Bibliography)
(diff) ← Older revision | Latest revision (diff) | Newer revision → (diff)
Jump to navigation Jump to search
A checked version of this page, approved on 11 March 2019, was based on this revision.

Work among children in areas beyond the Mennonite Brethren (MB) congregations in the Fraser Valley of British Columbia (BC) was initiated at about the same time in both Abbotsford and Yarrow. Abbotsford’s interest was sparked by graduates of the Bethany Bible School in Hepburn, Saskatchewan and its Western Children’s Mission (WCM), organized as a society. This influence was strong enough to influence Klaas Enns, Peter Ewert, and Abe J. Stobbe to model their work on that Mission and call it the "West Coast Mission of British Columbia."

Yarrow’s outreach to children was led mostly by persons who had attended Winkler Bible School. Teachers and students there were strongly influenced by the Canadian Sunday School Mission. From beginnings in 1939 Yarrow’s outreach was directed by its committee for Randmission (outreach in outlying communities). After George H. Sukkau came to Yarrow in 1940 to teach at Elim Bible School, it was possible in 1945 to bring the Yarrow and Abbotsford groups together and accept the work as the outreach arm of the British Columbia Conference of Mennonite Brethren Churches under the name West Coast Children’s Mission (WCCM).

The outreach in Vancouver that developed into the Pacific Grace Mission, led by Henry G. Classen after 1950, never came under the jurisdiction of the WCCM but eventually under the Mennonite Brethren Mission of BC. 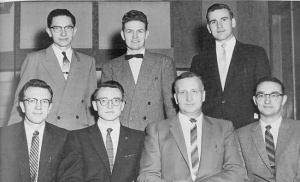 After 1945 the WCCM extended its reach on both sides of the Fraser River, including Harrison Hot Springs, and beyond to the north to Hazelton and Kitimat. Christian teachers began to move into schools along the Yellowhead highway and the Skeena River. Some of this was done in cooperation with the Canada Inland Mission, an umbrella organization of the Canadian Mennonite Brethren Conference. Some enterprising families also moved to places like New Hazelton and began conducting a Sunday school. Thought was given to planting a worker in some areas on a permanent basis.

The first half of the 1950s saw rapid development: consolidation by constructing chapels, finding more stations both south and north, and placing worker couples in places like Vanderhoof. Youth and family from key congregations in the Fraser Valley mobilized and committed themselves to running extension Sunday schools. What was heartening was the widespread support from the congregational leadership. The work became demanding enough to require a full-time field director and an office secretary who would also produce a newsletter.

Of the thirteen chapel fellowships started during the decade of the 1950s about 40% continued into the 1960s. Organizing MB churches led by ordained or licensed preachers and integrating baptized believers into the MB churches became a concern as this phase of the mission was ending. The expansion of this home mission developed into an impressive church-planting program under BC provincial conference leadership. In 1958 the BC Mennonite Brethren conference accepted the recommendation to change the name to Mennonite Brethren Mission of British Columbia to reflect the broader scope of the work of the organization.

Penner, Peter. Reaching the Otherwise Unreached: An Historical Account of the West Coast Children’s Mission of BC. Clearbrook: WCCM, 1959.