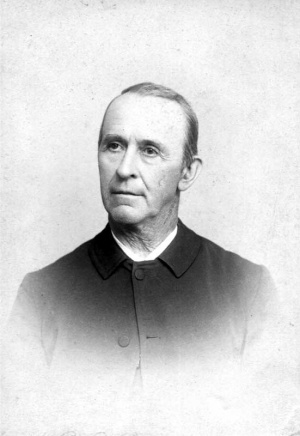 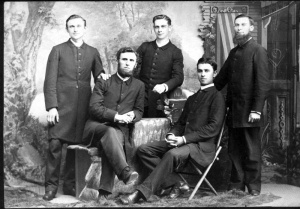 At the time of the separation in 1947 the Pennsylvania Conference had 38 congregations (officially called "appointments"), each with a responsible pastor, organized into two districts, Allentown and Bethlehem, each with a district superintendent, with 2,340 and 2,177 baptized members respectively. In addition to these there were six appointments under the Home Mission Society and 22 missionaries, with 88 additional members, for a total of 4,605 members. In 1955 the Conference had 4,635 members. All of the congregations were in Eastern Pennsylvania except three in New Jersey (Jersey City, Newark, and Staten Island), which had a total of 337 members.

The Conference had an extensive series of subsidiary organizations: Board of Foreign Missions (which supported Mennonite Brethren in Christ missionaries under other boards but operated no foreign work itself), the Board of Home Missions and the Home Missionary Society, the Board of Publications and Printing, the Board of Education, which operated the Berean Bible School in Allentown, Pennsylvania after 1950, the Beneficiary Society, the Home and Farm at Center Valley, Pennsylvania, the Laymen's Benevolent Society, the Ministers' Retirement Fund, the Menno Youth General Committee, and several annual Camp Meetings, Sunday School Conventions, and an annual Ministerial Convention.

The conference was thoroughly organized, was aggressively evangelistic, fundamentalistic, and premillennial in doctrinal emphasis, and emphasized a warm type of piety. It recognized the nonresistant position, but not many of its young men took the conscientious objection position and there was no conference discipline on this point. 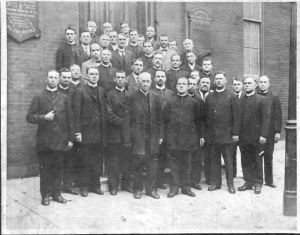 With the exception of the Eastern Gospel Banner (published sporadically 1917-1924), the Conference never had its own periodical organ, but beginning with 7 March 1953 it had a four-page weekly news supplement to the Gospel Herald published by the Union Gospel Press at Cleveland, Ohio. The Conference had a friendly relation to this publishing house and its periodical, the publishing house having been founded by a leading minister of the Conference, W. B. Musselman. The Conference long used its Sunday-school helps. Dependence on the Union Gospel Press ultimately faded. In 2010 the denomination published a periodical entitled Fellowship News.

On 11 April 1959 the conference adopted the name, Bible Fellowship Church. The vote for the new name in the congregations was 1,580 for and 507 against the proposition, while in the conference 56 ministers and delegates approved it and 6 opposed. -- Harold S. Bender & Melvin Gingerich

Following its separation and assumption of a new name, the Bible Fellowship Church began a process of re-thinking what had been called its "Doctrines and Disciplines." During the 1960s, the church reconsidered its doctrinal statements, giving explicit expression to the Reformed theology which had been growing within it. During the 1970s, the church redesigned its leadership structure to move away from the central authority of a district superintendent to the shared leadership principles inherent in the biblical teaching of rule by elders. In the 1990s, the church re-examined its statements with regard to lifestyle issues to bring them in line with what it considered to be proper biblical positions.

In 2010, the Bible Fellowship Church consisted of approximately 65 churches with nearly 7700 members. More than 120 ordained pastors served those congregations. Approximately 90 missionary and candidate families served with the support of the church. The Church also maintained Victory Valley Camp, a ministry to children and teens located near Allentown, Pennsylvania, and Pinebrook Bible Conference, a retreat and summer conference for families near Stroudsburg, Pennsylvania. -- Richard Taylor

Minutes of the General Conferences of the Mennonite Brethren in Christ, 1879-1916. Wallingford, PA: Historical Committee of the Bible Fellowship Church, n.d.