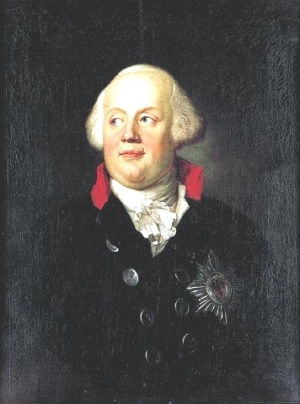 Friedrich Wilhelm II was as benevolent toward the Mennonites as his uncle. He recognized the significance of the work that these economical, sober, and industrious people accomplished in the crafts and in agriculture, and was therefore not opposed to their spread in West Prussia. But he was at the same time unable to evade the fear of his officials that if too much land passed into Mennonite hands there might be difficulty in raising replacements for the army. In the Marienburg region the complaint was also made that the rapid increase in Mennonite ownership of land jeopardized the Lutheran Church. The king there fore decided to regulate matters concerning the Mennonites by a specific law. Thus the "Edict concerning future regulation of Mennonite life in all the royal provinces with the exception of Silesia" came into being 30 July 1789. It consists of 14 paragraphs; it confirms their liberty of conscience including nonresistance, but it also restricts their acquisition of land, sets a fee to be paid to the Lutheran Church by Mennonite landowners, and specifies the official attitude toward persons of other creeds who join the Mennonites. Because this edict made it difficult for young Mennonites to acquire new land, the emigration of West Prussian Mennonites to the steppes of South Russia began in 1789. During his reign the Danzig Mennonites came under Prussian rule.