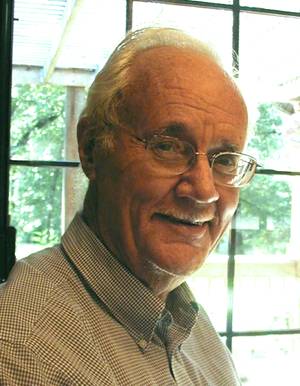 Paul represented the third generation of a Mennonite Brethren missionary family. His grandparents, Nicholas and Susie Hiebert, arrived in India in 1899 and were followed by his parents, John and Anna Hiebert. Paul attended Kodaikanal (now International) School, graduated from Tabor College in 1954 and Mennonite Brethren Biblical Seminary in 1957, and obtained an M.A. in cultural anthropology from the University of Minnesota in 1959. He was then sent to Shamshabad to take over as missionary principal of Bethany Bible School and College (1960-65). His Ph.D. dissertation (Minnesota, 1967), published as Konduru: Structure and Integration in a South Indian Village (1971), established his reputation and placed him in the front ranks of scholars in his field.

No longer allowed into India as a regular missionary, Paul became a professor of anthropology and South Asian studies. His career, first at Kansas State University (Manhattan, 1961-1972) and then at the University of Washington (Seattle, 1972-1977), was extremely successful. During these years he often went to India for field research under prestigious grants ([Ford] Foreign Area Fellow, 1964, 1965, 1966; Kansas State University, 1968, 1969, 1971; American Council of Learned Societies, 1972; and Social Science Research Council, 1977). While in India, he often also served the Mennonite Brethren Mission's school in Shamshabad, Telengana. During these same years, he spent one year as visiting professor at his Mennonite Brethren Seminary in Fresno (1969-70) and another year as a Fulbright visiting professor at Osmania University in Hyderabad (1974-75).

During his last thirty years, from 1977 onward, Paul was a missionary anthropologist. This phase began when he accepted a research professorship at Fuller Theological Seminary (Pasadena, California; 1977-1990). After thirteen years of training doctoral students at Fuller, he moved to Trinity Evangelical Divinity School (Deerfield, Illinois; 1990-2007). He spent his last seventeen years there, serving first as professor of mission anthropology and South Asian studies. Named distinguished professor of mission and anthropology in 2001, to the end of his life Paul remained heavily involved in his work, especially in India. During these years Paul served several boards. Most prominent among these were the Mennonite Brethren Board of Missions and Services (consultant, beginning 1972), the Mennonite Brethren Biblical Seminary (1977-1981), and the Mennonite Brethren Center for Missions Studies (1984-1987). From 1985 onward Paul enjoyed a long relationship with the Overseas Ministries Study Center -- as a regular instructor for a one-week seminar "Missionary Response to Folk Religion," as a member of the board of trustees (1991-98), and as an International Bulletin of Missionary Research contributing editor.

Paul was a prolific thinker and writer, a wonderfully captivating and generous teacher, and a brilliant theorist. His intellectual trajectory can be traced in ten books and more than 150 articles. He wrote broadly in many fields building up a "trialogue" between theology, anthropology, and missions in an effort to "contextualize the message" within cultural systems. In epistemology he cogently argued for a critical realist approach. Experiences in India and years of reflection on high Hindu philosophy and on the lives of lowly villagers, who knew little about formal debates over philosophical doctrines, underlay his application of the methods of anthropology to religious beliefs and practices among common people. "The result was a study of folk religions, split-level Christianity, and the problem Western missions often face of the excluded middle. This, in turn, led to biblical reflections on healing, spirit possession, spiritual warfare, guidance, and other existential questions, which are at the heart of folk religions."

Throughout his life pilgrimage Paul lived with inner tensions that he attributed to various forms of "dual identity" such as have tended to marginalize many missionary kids, especially those who grew up speaking at least two languages and lived within two cultures (his Telugu was as fluent as his Midwestern form of American English, both spoken without an alien accent). While belonging partially to at least two worlds, such persons belong fully to neither. Paul struggled with this issue all of his life. As he put it, "I was not a native of India, nor a native of America. I felt most at home in bicultural communities. . . participating in different cultures while remaining [an] observer, not identifying fully with any one of them -- a form of cultural schizophrenia. This identity as insider/outsider shaped much of my life. It made me aware of cultural differences and, therefore, of cultures themselves."

Paul G. Hiebert was a courageous missionary statesman of consummate diplomatic skill and a learned academic who combined indefatigable research, imaginative scholarship, and highly original thinking with sensitive teaching and gentle guidance for those less gifted than himself.