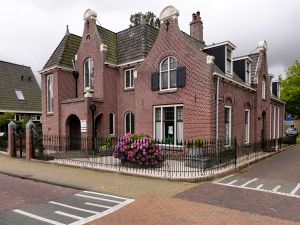 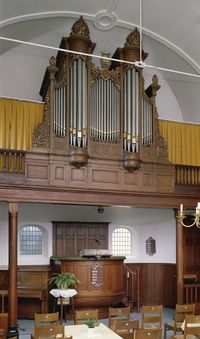 The Makkum meetinghouse of the former Flemish congregation was a plain building. About 1850 it was modernized and in 1909-1910 entirely rebuilt (dedicated 17 April 1910). The congregation of Makkum in 1957 had a youth group. In the town of Makkum was found the well-known Dutch pottery owned by the (Mennonite) Tichelaar family.