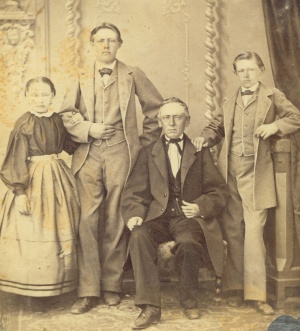 As chairman Philipp inherited the supervision of the agricultural or economic and the cultural or educational aspects of the settlement, including the many religious problems of the time.  When Johannes Cornies died in 1848, Wiebe continued to promote a higher level of edu­cation, regular attendance at school, higher salaries for teachers, better school buildings, and regular teachers' conferences. The school age was deter­mined to be from six to fourteen, and teachers' conferences became obligatory in 1850. Because of ill health, he had to resign as chairman of the Agricultural Association. In 1869 he became the first chairman of the "Molotschnaer Mennonitischer Schulrat."

Wiebe, as a son-in-law of Johann Cornies, in­herited some of his large estates, Yushanlee and a part of Tashchenak. He acquired an estate north of the Sea of Azov from a certain Kampenhausen. He had to cope with the general problems of land distribution to the landless and the founding of new groups such as the Mennonite Brethren and the Templers. His son, Johann Philipp Wiebe, born 14 October 1849, continued in the foot­steps of his father and grandfather; he married the sister of Bernhard Warkentin in 1871 and became instrumental in the transplanting of hard winter wheat from his estates to the prairies of Kansas.