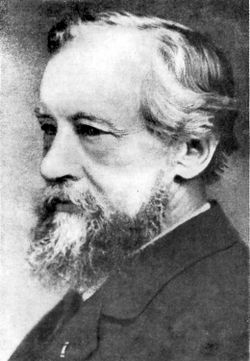 De Vries, a common Dutch family name, both Men­nonite and non-Mennonite, found in nearly every Mennonite congregation, and in several unrelated families.

A prominent and widely ramified Mennonite de Vries family is found in Amsterdam. Its ancestor Wouter Takes (ca. 1650-1728) settled as a butter mer­chant at Amsterdam ca. 1689. He came from IJlst in Friesland and for this reason he was called de Vries, i.e., the Frisian. His son Gerrit de Vries (1691-1754) was an important merchant as were his sons and his grandsons. Among his descendants were the Men­nonite pastors Abraham de Vries (1773-1862) and Jeronimo de Vries (1838-1915). Outstand­ing members of this family were Gerrit Abrahamszoon de Vries (1818-1900), a son of Pastor Abraham de Vries, who was a lawyer at Haarlem and in 1872-1874 Prime Minister and Minister of Justice, later Privy Coun­cillor of the Netherlands. He was a deacon of the Haarlem congregation from 1842 until he moved to The Hague in 1882. His son was the famous botan­ist Hugo de Vries (1848-1935). Matthias de Vries (1820-1892), also a son of Pastor Abraham de Vries, was professor of Dutch literature at the universities of Groningen (1849-1853) and Leiden (1853-1890); Je­ronimo de Vries (1776-1853), during his life noted as a literary man, editor of Vondel's works, numismatist and art connoisseur, deacon at Amster­dam and trustee of the  Algemeene Doopsgezinde Sociëteit in 1827-1852, moderator 1842-1843, and curator of its seminary, and his sons Jeronimo de Vries (1808-1880), district judge at Amsterdam, author of juridical works, and Abra­ham de Vries (1817-1879), justice in the court of Amsterdam, both of whom served the Amsterdam con­gregation as deacons, Jeronimo also as a trustee of the  Algemeene Doopsgezinde Sociëteit  Also a number of other members of this family were deacons; until recent times a total of 14 at Amsterdam.

Another Mennonite family by this name was found at Amsterdam in the 17th century. Its mem­bers were, however, usually more interested in the Collegiant movement than in the Lamist church, of which they were members. They are known for their interest in Spinoza, whom they supported financially. They were well-to-do mer­chants. Among them were Joost Fransen de Vries, d. before 1654, married to Maria de Wolf, and their sons Isaack Joosten (b. 1632), Simon Joosten (1633/4-1667), and Frans Joosten (1635-1664).

Mennonite ministers by the name of de Vries (mostly not related) have been: